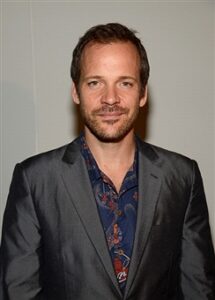 Hot off Showtime’s record-breaking season finale of “Ray Donovan,” star Liev Schreiber has signed on to play Boris Spassky opposite Tobey Maguire’s Bobby Fischer in the chess drama “Pawn Sacrifice,” an individual familiar with the project has told TheWrap.

Additionally, Peter Sarsgaard (left) is in negotiations for a key supporting role in the long-gestating movie.

Ed Zwick (“The Last Samurai”) is directing from a script by Steven Knight (“Eastern Promises”).

Story finds Fischer (Maguire) preparing for an epic chess match with Russian champion Spassky (Schreiber). Sarsgaard will play a priest who Fischer confided in leading up to the match.

MICA Entertainment is financing the film, which Maguire is producing with Zwick and Gail Katz (“The Perfect Storm”). Production on the Cold War-era film starts next month in Montreal.

Schreiber recently co-starred in HBO’s “Clear History” and John Turturro‘s comedy “Fading Gigolo,” which Millennium Films acquired out of Toronto. The “Ray Donovan” finale drew 2.1 million viewers, a record for the series and the most-watched season one finale in the history of Showtime.

Sarsgaard, who recently played a Death Row inmate on AMC’s “The Killing,” can currently be seen romancing Cate Blanchett in Woody Allen’s “Blue Jasmine.” He next stars in Kelly Reichardt’s “Night Moves,” which Cinedigm acquired in Toronto.

CAA reps Schreiber and Sarsgaard, who are respectively managed by Untitled Entertainment and Authentic Management.