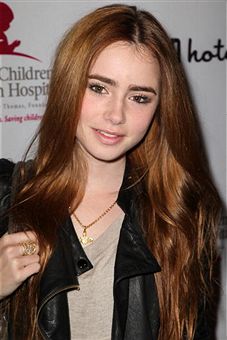 "The Blind Side" star Lily Collins will play Taylor Lautner’s girlfriend in the Lionsgate thriller "Abduction," the actress’ publicist at 42West told TheWrap.

"Abduction" will follow Lautner and Collins on the run after the "Twilight" hunk discovers his own baby picture on a missing persons website and realizes that the people who raised him aren’t his real parents.

The film will be the first real test of Lautner’s box office mettle, and could cement Collins as a Hollywood leading lady for years to come.

John Singleton directs from a script by stellastarr* singer Shawn Christensen. The story is based on an idea by Jeremy Bell of Gotham Group, which will produce along with Vertigo and Lautner’s Tailor Made.

Collins is the 21 year-old daughter of singer Phil Collins who made her feature debut playing Sandra Bullock’s daughter in the Oscar-nominated football drama. She next appears in Scott Stewart’s supernatural Western "Priest," based on the popular Korean comicbook series by Min-Woo Hyung.