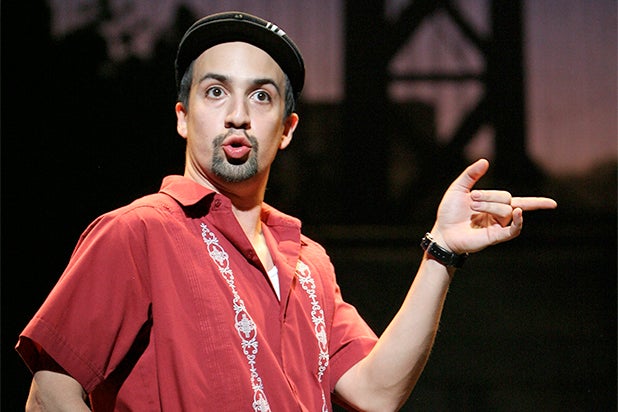 “In the Heights” and “Hamilton” creator Lin Manuel-Miranda is conducting a worldwide open casting search for the big-screen adaptation of his 2008 Tony award-winning musical “In the Heights.” But actors who don’t want to throw away their shot need to act fast.

In a video posted to Castittalent.com Miranda rapped: “Lights up on Washington Heights up at the break of day, I wake up I got all these roles someone was meant to play. Necesito que represente mi gente (I need someone to represent my people), could it be you?”

If it could, you have until Nov. 7 to submit your video audition.

Miranda is looking for actors to fill four roles. However, the descriptions given in the casting call aren’t necessarily for the roles people will be considered for. They’re being used to give them an idea of what role best suits those who send in an audition tape. Those who audition are being asked to read from a script written “in the spirit” of the characters who will appear in the film.

Earlier this month, Anthony Ramos of “Hamilton” fame was cast as the lead in the Warner Bros. film, which is set to be directed by “Crazy Rich Asians” director Jon Chu.

Ramos previously played the lead role of Unsavi in a production of “In the Heights” at the Kennedy Center in Washington D.C.

The musical, created by Lin Manuel-Miranda and Quiara Alegría Hudes, follows a bodega owner in the New York City’s Washington Heights neighborhood, who has mixed feelings about closing his store and retiring to the Dominican Republic after inheriting his grandmother’s fortune.

Miranda wrote the music, lyrics and starred in the lead role when “In the Heights” landed on Broadway. Hudes wrote the book for the musical.

The descriptions of the characters are as follows:

Female Role No. 1 — Young, starry-eyed and intelligent (book-smart and street-smart). Must sing and dance well. Familiarity with speaking Spanish is ideal.

Female Role No. 2 – A strong woman who is stylish, sassy and loves to gossip. Must sing and dance well. Familiarity with speaking Spanish is ideal.

Male Role No. 1 – Completely streetwise, this teen is brilliant but also a total goofball. Must sing and dance well. Familiarity with speaking Spanish is ideal.

Male Role No. 2 – Driven, charismatic, and full of energy. Puts on a brave face when times get tough. Must rap, sing and dance well. Familiarity with speaking Spanish is ideal.