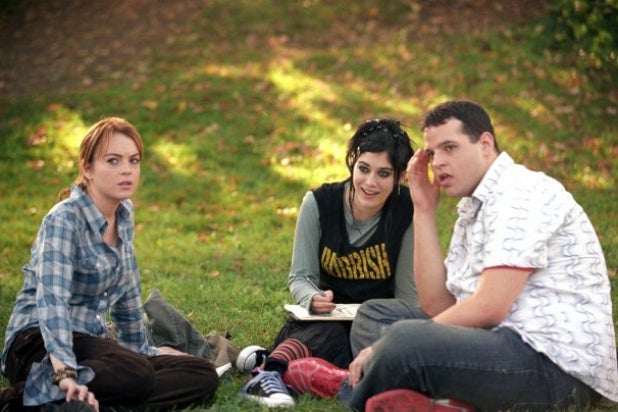 Lindsay Lohan and Daniel Franzese formed a two-person “Mean Girls” reunion of sorts in New York City to recognize the 10th anniversary of their film, and LiLo’s official Instagram page has the photo to prove it.

Lohan tagged Franzese in the photo, and added the hashtags: #soquiche #werknyc.

In the 2004 teen movie, Lohan played main character Cady Heron, the newest member of A-list clique “The Plastics.” But when Cady begins dating the leader’s ex-boyfriend alienates her from the group of not-so-nice young ladies. Franzese played Heron and Janice Ian’s (Lizzy Caplan) pal, the “Too Gay to Function” Damian.

The picture, posted late on Wednesday night, was already approaching 30,000 likes at the time of this writing.