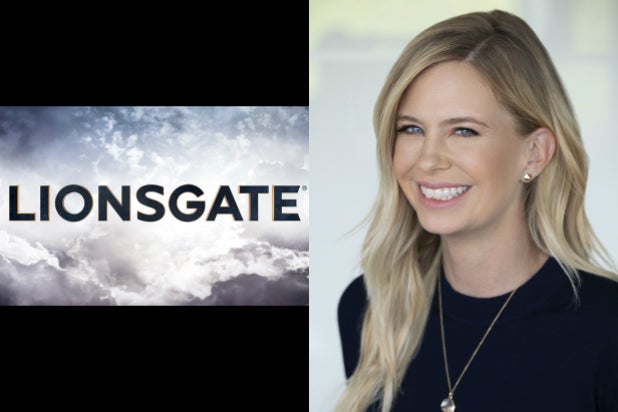 “I have been privileged to work with Nathan and Joe for many years and I’m endlessly inspired by their entrepreneurship and their passion for film and talent,” Westerman said in a statement. “I was thrilled to come with them to Lionsgate and I’m honored to play a role in the film group’s next chapter.”

Westerman joined Lionsgate in October 2017, serving as executive vice president of production, in which she oversaw the creative production team.

She was also instrumental in bringing the producing partnerships with Seth Rogen, Evan Goldberg and James Weaver’s Point Grey, as well as the deal with Jonathan Levine’s Megamix to the studio.

“Since joining Lionsgate, Erin has consistently demonstrated her outstanding taste for material as well as her keen eye for talent. Time and again, she has shown her leadership experience and steady hand while skillfully managing the process of assembling, producing and releasing a slate of studio films,” Kahane said in a statement. “I could not ask for a more trusted creative partner to lead our film group as President of Production. This well-deserved promotion recognizes her important work for our company as well as  the respect she has earned within our industry.”

Prior to joining Lionsgate, Westerman was head of creative development at Good Universe, where she worked on such films as “The Disaster Artist,” “Neighbors 2,” Netflix’s hit rom-com “Always Be My Maybe,” and “Don’t Breathe.” She also spent five years as a production executive at Walt Disney Studios where she oversaw production on “Cinderella” and Rob Marshall’s “Into The Woods,” among others.

“Erin is a ferociously talented leader with exquisite taste,” Drake said in a statement. “She has a relentless commitment to creative excellence ensuring that, for artists with a deep love of the theatrical experience, our studio is the home where they can truly thrive. Now she has the mandate and authority to deliver on that promise.”