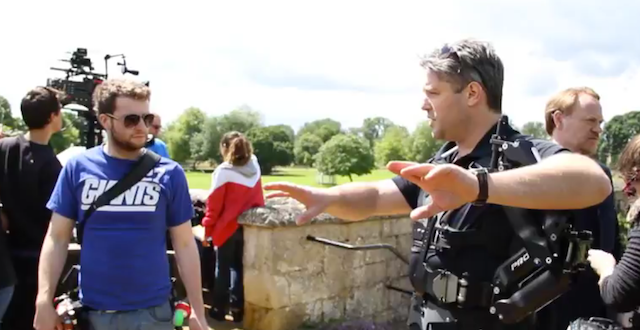 Lionsgate has acquired domestic distribution rights to “The Quiet Ones,” a supernatural thriller starring Jared Harris and Sam Claflin, the studio said Tuesday.

Inspired by true events, John Pogue‘s film follows a professor who disappears with his students to create a poltergeist. Lionsgate had already acquired U.K. distribution rights and has a strong track record with frightful thrillers such as “Cabin in the Woods” and the “Saw” franchise.

Jason Constantine, Lionsgate’s President of Acquisitions and Co-Productions, praised Pogue's "mastery of the genre in this terrifying, jump-out-of-your seat movie inspired by actual events," and tipped his toward Claflin and Harris, "who are already part of the Lionsgate family.”

Lionsgate TV produces “Mad Men,” which Harris once starred in, and distributes “The Hunger Games” franchise, which Claflin recently joined. He will star in “Catching Fire,” the second of four planned films.

Lionsgate plans to release this movie April 25, 2014, the same day as Screen Gems’ “No Good Deed.” If Lionsgate keeps the date, it would open a week after "Transcendence,” the directorial debut of Oscar-winning cinematographer and long-time Christopher Nolan collaborator Wally Pfister.

It marks Pogue’s second effort as a director and eighth as a writer. His credits include “Ghost Ship, “The Fast and the Furious” and “U.S. Marshals.”

Exclusive Media's Hammer label produced the film and Exclusive will be selling it overseas, while CAA represented Hammer on this sale.