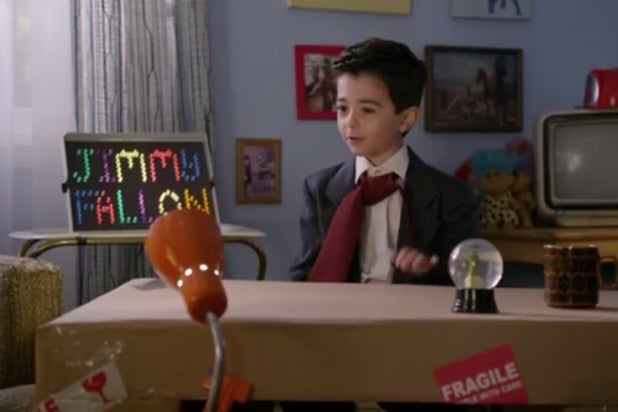 Jimmy Fallon has been training for his new “Tonight Show” gig his entire life, jokes a promo for the revamped NBC late night program.

The 35-second spot flashes back to an early elementary school-aged version of the former “Saturday Night Live” funnyman sharing monologue jokes at show-and-tell and performing panel interviews with the star of the school play.

“Did you hear this news? They say in Washington that the president is a poopy head,” the 1979 version of the comic quips to a captivated classroom audience.

And of course, it wouldn’t be a Fallon promo without an adorable child version of house band, The Roots, who are there with toy instruments in hands.