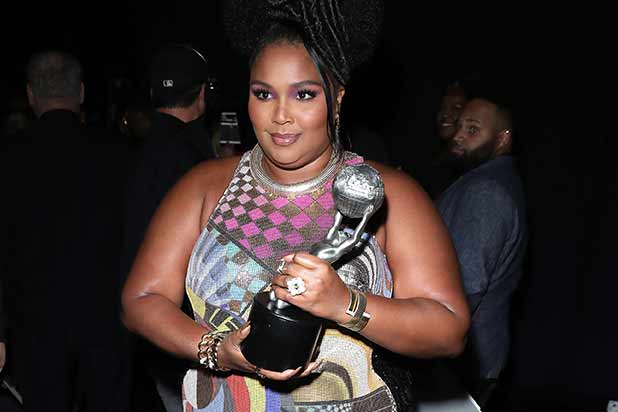 Lizzo is being sued by three songwriters who claim they helped the songstress write her smash hit song “Truth Hurts” and then were left off the list of credited writers.

Justin Raisen, Jeremiah Raisen and Justin “Yves” Rothman filed their counter lawsuit Friday in California federal court after Lizzo initially sued them last year in an effort to get a judge to rule the trio did not deserve credit.

In their lawsuit, the three men say they recorded a song with Lizzo called “Healthy” just a few months before “Truth Hurts” came together. During the recording session, the songwriters say someone from Lizzo’s camp showed them a meme that read “I did a DNA test and found out I’m 100% that bitch” and Jeremiah “enthusiastically suggested they add this line to the song.”

When “Healthy” — which was meant to be a song about “health, sobriety and wellness” — was complete, the songwriters say the line in the song went, “I just did a DNA test turns out I’m a hundred percent that bitch, even when I’m holistic / gotta keep it realistic / I could be, guest-listed / but I’d rather be home, get rest, not twisted.”

“On March 26, 2019, Lizzo and Justin spoke on the phone,” the complaint says. “During the March 26, 2019 phone call, Lizzo admitted to Justin that elements of ‘Truth Hurts’ never would have been created without ‘Healthy,’ and admitted that [Ricky] Reed [a songwriter on “Truth Hurts] suggested to her that they take elements from ‘Healthy’ for ‘Truth Hurts,’ including the ‘100%’ lyric and melody. However, Lizzo also told Justin that she did not want to share any percentage of ‘Truth Hurts’ with the Raisens. In fact, Lizzo used the call as an opportunity to intimidate Justin into stalling his efforts to pursue the Raisens’ claims. Lizzo warned Justin to be wary of continuing to seek a percentage of ‘Truth Hurts,’ because, ‘you know … I’m not trying to have problems with you if you know what I’m saying … like I could be in a room with someone tomorrow that knows you … you know what I’m saying?'”

The countersuit also says there are other musical similarities between the two songs as well, including the overall structure of the chorus and verses.

In her original lawsuit, Lizzo’s attorneys stated the Raisens had previously given a written waiver of any right to the song.