“I know it’s disappointing to the millions of fans but my test came back positive for COVID, which means I’ll no longer be able to perform as scheduled at NYRE. We were ready and I was really looking forward to ringing in 2022 in my hometown in a special way, but for now I wish everyone a healthy and happy New Year. The best is yet to come!” Cool J said in a statement.

Cool J, whose real name is James Todd Smith, was inducted into the Rock ‘n Roll Hall of Fame earlier this year and was scheduled to perform several hits from his decades-long rap career during ABC’s end-of-the-year celebration. 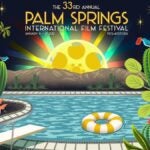 Friday’s edition of “Dick Clark’s New Year’s Rockin’ Eve” marks the annual show’s 50th anniversary; the show is still set to air as scheduled with hosts Seacrest and Liza Koshy on Friday, 12/31 at 8PM ET on ABC. However, along with Cool J, according to Variety singer Chlöe has also pulled out of the event.

The show is still set to feature at least 25 performances from Times Square, Los Angeles, New Orleans and Puerto Rico.