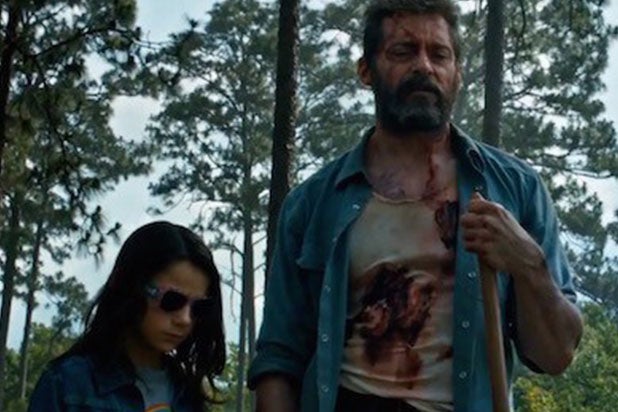 “Logan” opens today in theaters and fans are already losing their minds over Hugh Jackman’s final performance as the title character, better known as Wolverine.

In the film, Logan’s healing ability is not what it used to be, living just south of the Mexican border with an infirmed Charles Xavier (Sir Patrick Stewart). But his quiet exile is thrown into chaos when he must take care of a young mutant named Laura (Dafne Keen), who possesses powers shockingly similar to his own.

Fans who saw the film on its opening day are loving it, with one writing “You must see it!” Another called the film “brutal, heartbreaking , beautiful and awesome.”

#Logan is brutal, but in the best possible way. You must see it!

#Logan was brutal, emotional, and most importantly character driven. That’s how you should make X-Men movies.

Dammit @RealHughJackman, You made us shed a tear for #Logan.

Your performance was a perfect swansong for the eponymous mutant.

First five minutes of #Logan will have you severely shook or I guarantee your money back.

The final movie of the Hugh Jackman Wolverine era is here, and it’s full of complex characters

Most of the mutants in the world of "Logan" are dead, and the ones that remain are broken and sad. They also make up the cast of the best superhero movie yet made. Here's the 27 most important characters gracing the final story of Hugh Jackman's take on the Wolverine, ranked.