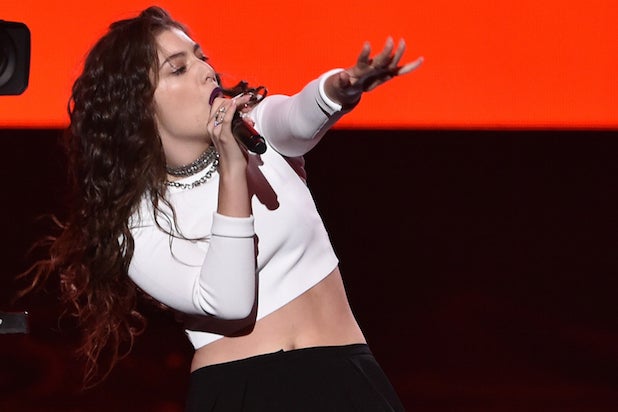 Many Lorde fans took to Twitter to blast pop star Lorde for cancelling a planned June 2018 concert in Tel Aviv under heavy pressure from anti-Israel activists and organizations.

“Boycott this bigot,” Roseanne Barr tweeted following the New Zealand singer’s decision to pull out of the gig, citing an “overwhelming number of messages and letters.”

Others slammed the “Royals” singer’s willingness to perform in Russia — a country with a shaky human rights record — and giving in to the same pressures that caused Elvis Costello, Lauryn Hill and Gorillaz to cancel scheduled shows in Israel.

Lorde announced her 2018 “Melodrama” world tour back in June.  A performance was scheduled for the Tel Aviv Convention Centre on June 5, 2018 at 7 p.m.

Activists Nadia Abu-Shanab (Palestinian) and Justine Sachs (Jewish) wrote a joint letter to Lorde that called for her to cancel her Israel concert stop in protest of the country’s treatment of Palestinians.

Israeli Culture Minister Miri Regev hoped Lorde would reverse her decision. “Lorde, I’m hoping you can be a ‘pure heroine,’ like the title of your first album, be a heroine of pure culture, free from any foreign — and ridiculous — political considerations,” she said.

Here are some of the other responses blasting her decision:

As soon as reports that @Lorde would cancel Tel Aviv concert emerged, she became the poster child for antisemites and extremists who seek to boycott the world’s only Jewish country.

It’s not too late for her to clarify that she doesn’t plan to stand with the haters & racists.

Also Read: Lorde Predicted Fall of Powerful Men in Hollywood Almost a Year Ago: 'This Came True I Guess'

Silver lining: if it wasn't for #Lorde, we wouldn't fully appreciate Boy George, Take That, Radiohead, Nick Cave, Elton John, Paul McCartney & all those who rocked Tel Aviv with their music.

hey guys, so about this israel show – i’ve received an overwhelming number of messages & letters and have had a lot of discussions with people holding many views, and i think the right decision at this time is to cancel the show. i pride myself on being an informed young citizen, and i had done a lot of reading and sought a lot of opinions before deciding to book a show in tel aviv, but I’m not too proud to admit i didn’t make the right call on this one. tel aviv, it’s been a dream of mine to visit this beautiful part of the world for many years, and i’m truly sorry to reverse my commitment to come play for you. i hope one day we can all dance. L x