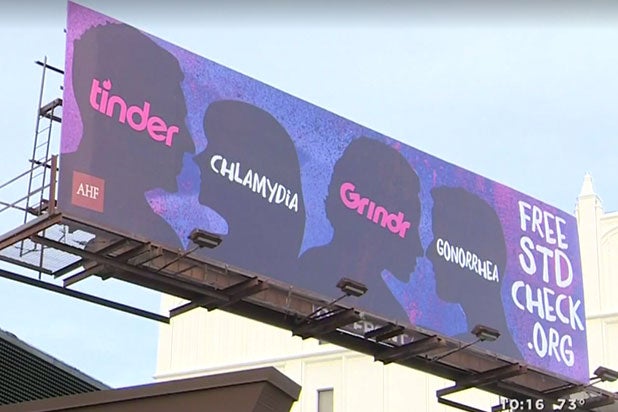 A new billboard in Los Angeles suggests that Tinder and Grindr users are more prone to STDs like chlamydia and gonorrhea.

The sign, put up by the AIDS Healthcare Foundation, features the words “Tinder,” “Chlamydia,” “Grindr” and “Gonorrhea,” and advertises “Free STD Checks.”

According to CBS Los Angeles, the billboard is strategically placed just a few blocks away from Tinder’s Beverly Boulevard headquarters.

Tinder has sent a cease and desist letter to the AHF, CBS reports, seeking the removal of the billboard.

Tinder, Grindr and AHF could not be reached for TheWrap’s request for comment.