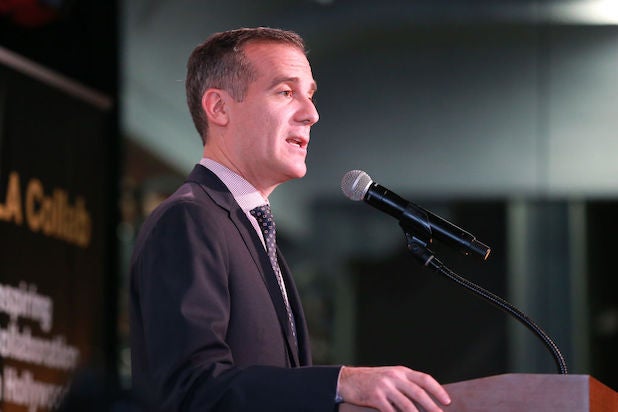 Los Angeles County declared a public state of emergency on Wednesday following the emergence of six new cases of coronavirus, making for a total of seven cases in the county.

“As the chair of the L.A. County Board of Supervisors, I have just signed a proclamation the existence of a local emergency. I want to reiterate that this is not a response rooted in panic,” Kathryn Barger said at a press conference on Wednesday. “This declaration of a local emergency will facilitate our efforts to coordinate with all our partners and jointly implement effective strategies to protect our residents.”

Officials from Pasadena and Long Beach also announced that they would be declaring public health emergencies because of the outbreak but said that there have been no confirmed cases in either of those cities.

Los Angeles Mayor Eric Garcetti urged residents to not panic but to take responsibility by following the CDC’s guidelines on regular sanitary precautions, including regular hand washing and avoiding shaking hands or hugging others.

“This is everybody’s responsibility. We have to be prepared. We have to protect the well-being of our loved ones and our neighbors,” Garcetti said.

The state also reported its first death from COVID-19 on Wednesday — an elderly adult with underlying conditions, officials said. The individual was held in isolation in a Roseville hospital. Roseville is in Northern California outside the state’s capital, Sacramento.

For a list of major events affected by the outbreak, check back in with TheWrap’s coverage here.