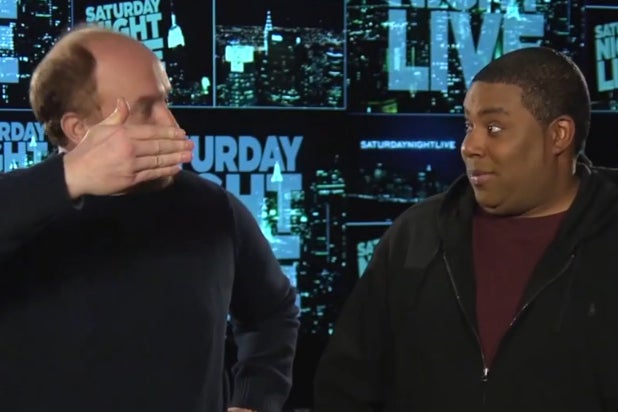 Louis CK and Kenan Thompson ate a “damn bunch of cheeseburgers” and set out to smoke some pot in the Studio 8H men’s room in the promos for this week’s returning “SNL.”

In the new clip, Thompson also ventured a guess about what the “CK” stands for. Whatever it was, Louis was highly offended.