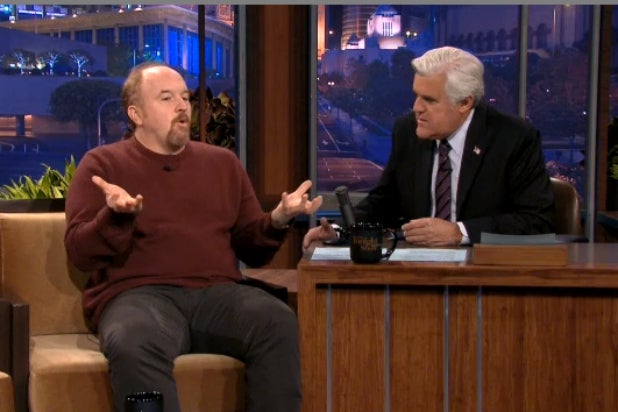 Louis CK suggested John McCain run for president again on “The Tonight Show” — and finally revealed the ending to that ice fishing story his character kept trying to tell in “American Hustle.”

The comedian told Leno that his part of the movie originally included just a few lines. But director David O. Russell asked him to come up with an ice-fishing story that would provide some comedy and provide some advice for Bradley Cooper‘s character to ignore.

“The story is me and my brother are out on the ice and it’s too early to be ice fishing, and our dad is coming and it’s very dramatic,” CK started.

And the conclusion, never revealed in the film? “The ending is that the kid, the brother, took a dump on the ice.  … That’s the ending. He took a big anger dump on the ice and then it melted into the ice and it stuck in there through the whole winter. And it created a fissure between my father and brother, and I was stuck in the middle.”

Also read: Meghan McCain Interviews Her Dad: ‘I Would Do Everything That I Could to Work with Obama’ (Video)

“I can honestly say I’m sorry I asked,” Leno said.

CK also had some advice for McCain, who appeared on the show with his daughter, Meghan: the comedian suggested the Arizona senator run for president again in 2016, this time as an independent.