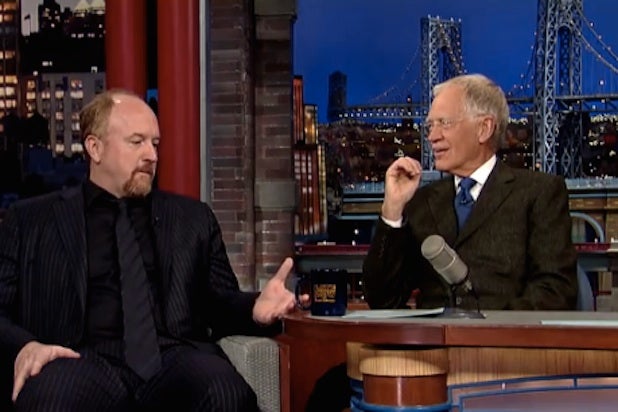 The star of FX’s “Louie” said he was sorry to hear Letterman is retiring.

“By the way, I’m very pleased for Stephen Colbert. He’s a great guy and he’s my friend,” CK added. “But the fact that you’re leaving really sucks balls! I think…”

“Louis, no one on this program, either over at NBC or here, has ever used the expression ‘sucks balls,'” Letterman said.

Can the Emmys Buck This Year’s Trend of Terrible Awards Shows?
3.

Would You Pay $50 to Stream a New Movie? Over Half of Millennials and Gen Z’ers Say Yes
KEEP READING..