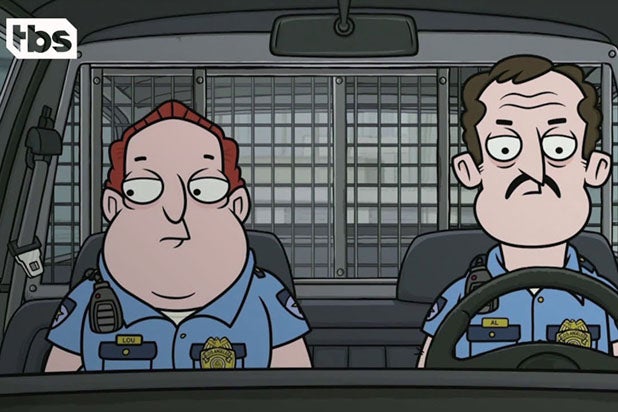 TBS has sent Louis CK’s “The Cops” into early retirement.

The animated series, which was co-created by and set to co-star CK and Albert Brooks as two Los Angeles patrolmen, was ordered straight-to-series by the Turner network in January 2017. It was slated to premiere this year — but not anymore.

In November, “The Cops” was “suspended until further review” by the Turner cable channel. FX Productions — the company behind “The Cops” — cut ties with CK after the stand-up comedian was accused of sexual misconduct by five women.

CK copped to the allegations shortly after a New York Times investigation exposed his lewd behavior.

“These stories are true,” the “Louie” star said back then.

“At the time, I said to myself that what I did was okay because I never showed a woman my d– without asking first, which is also true,” he continued. “But what I learned later in life, too late, is that when you have power over another person, asking them to look at your d— isn’t a question. It’s a predicament for them. The power I had over these women is that they admired me. And I wielded that power irresponsibly.”