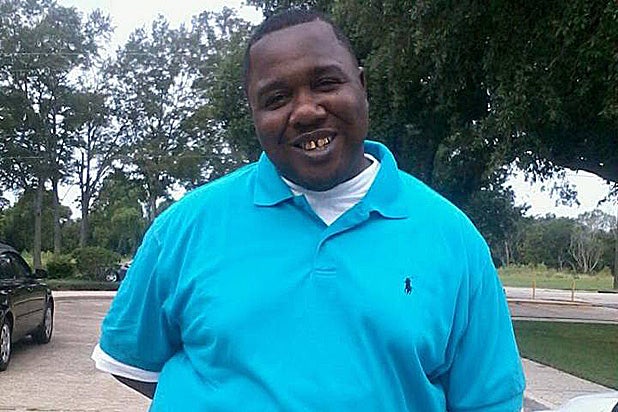 The fatal shooting of an African American man in Baton Rouge, Louisiana, sparked outrage Tuesday as graphic video of his death hit the Internet.

Alton Sterling, 37, was shot and killed outside a convenience store while selling music after an anonymous caller claimed he was armed, the New York Daily News reported.

Two officers arrived at the store at about 12:35 a.m. in response to a 911 call earlier in the day from someone claiming Sterling had threatened them with a gun, according Cpl. L’Jean McKneely. They then had some type of altercation with him and one officer fatally shot Sterling. Both officers have now been placed on administrative leave, which is standard department policy, he said.

A witness captured 48 seconds of the killing outside Triple S. Food Mart in a graphic video (below) that culminates in an officer aiming his duty gun inches from Sterling’s body as he and his partner pinned him to the ground.

The store’s owner, Abdul Muflahi, told WAFB-TV that the first officer used a Taser on Sterling and the second officer tackled him. Muflahi said that, as the suspect fought to get the officer off of him, the first officer shot him “four to six times.”

Muflahi also said Sterling did not have a gun in his hand at the time but he saw officers remove a gun from his pocket after the shooting. Sterling was dead when paramedics arrived at the scene.

In the wake of the shooting and the release of the video, hundreds of protesters gathered outside the store waving signs and chanting “Black lives matter.”