Disney and Pixar dropped the trailer for the upcoming Disney+ film “Luca” Wednesday, revealing the adorable little sea monster-turned-human boy whom Jacob Tremblay (“Good Boys”) is playing in the movie. In the clip, you’ll see Luca and his BFF, a fellow sea monster, go to the shores of a coastal town in Italy and turn into boys in hopes of having some summer fun among the humans.

Watch the trailer for “Luca,” which was originally intended to be released in theaters but, as TheWrap previously reported, will now launch exclusively on Disney+ on June 18, via the video above.

Per its official description, “Luca” is a coming-of-age story about one young boy experiencing an unforgettable summer filled with gelato, pasta and endless scooter rides. Luca shares these adventures with his newfound best friend, but all the fun is threatened by a deeply held secret: They are sea monsters from another world just below the water’s surface. 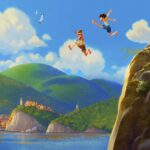 Like “Soul” before it, “Luca” will be available at no additional charge to Disney+ subscribers on June 18, the same day it was originally meant to hit theaters. In international markets where Disney+ is not yet available, the film will be released theatrically, with premiere dates to be announced.

Launching exclusively on Disney+ did not prevent “Soul” from becoming one of the most popular films of 2020. It opened on Christmas Day and was watched for around 1.6 billion minutes in its first few days on Disney+, coming in behind only “Wonder Woman 1984” during that time period, according to Nielsen. The film also scored three Oscar nominations and two wins, despite being a streaming exclusive.