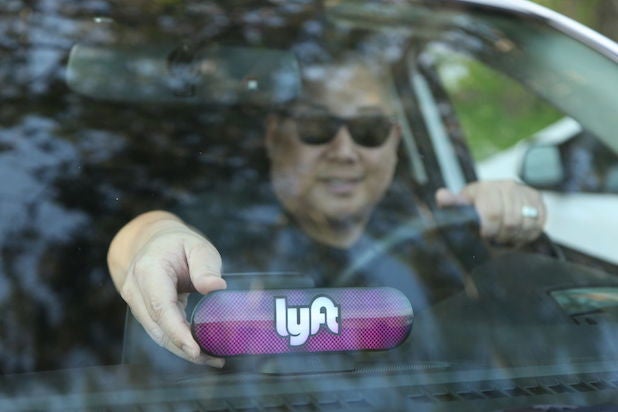 Google has decided to take a Lyft.

The ride sharing giant announced on Thursday it has raised $1 billion in a new investment round, led by Alphabet’s CapitalG investment fund, pushing the San Francisco-based company’s valuation to $11 billion.

In a blog post sharing the news, Lyft said it has just completed its 500 millionth ride and bumped its coverage up to 95 percent of the United States — up from 54 percent at the beginning of 2017.

“While we’ve made progress towards our vision, we’re most excited about what lies ahead. The fact remains that less than 0.5% of miles traveled in the U.S. happen on rideshare networks,” said the company in its post. “This creates a huge opportunity to best serve our cities’ economic, environmental, and social futures.”

It’s Lyft’s second raise of 2017. The company sported a $7.5 billion valuation after pulling in $600 million in funding back in April. The cash infusion will help Lyft continue to take on its Bay Area rival, Uber, as the ride-hailing apps continue to battle for customers.

Uber holds a mammoth $70 billion valuation, but the company has appeared vulnerable of late, after its former CEO Travis Kalanick was forced to resign after a series of workplace scandals. Compounding matters from a business perspective, London decided to not renew Uber’s license because it was not “fit and proper” to run a taxi service.

Ironically, Google Ventures had invested in Uber back in 2013, pumping $258 million into the startup. But the relationship between Alphabet — Google’s parent company — and Uber has since waned, with Alphabet’s Waymo and Uber fighting over stolen trade secrets in court.

As part of Lyft’s raise, CapitalG partner David Lawee will join the company’s board.