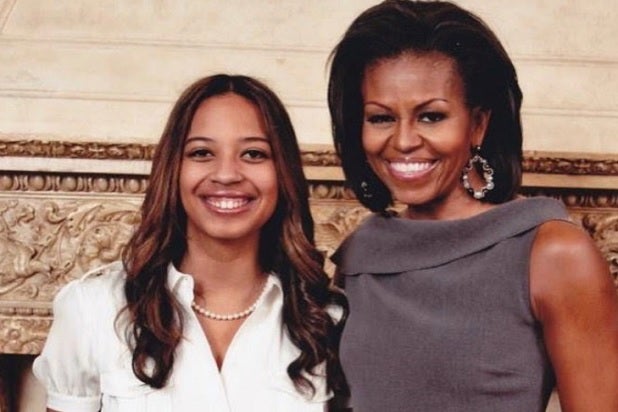 The family of reality TV personality Lyric McHenry, who died Tuesday at age 26, has asked that “all speculation surrounding the circumstances of death cease until the real facts are determined during the current investigation by the NYPD and the City of New York.”

A statement issued on behalf of the family added, “Despite the speculation in earlier reports, at this point in time the cause of Lyric’s death has yet to be determined.”

The statement said that McHenry, who appeared on the short-lived E! reality show “EJNYC,” was ” a brilliant, creative and lovely young woman who shared a deep passion for writing, film and a long-standing commitment to social justice. She was a Christian who grew up in Los Angeles and attended the Center for Early Education and graduated from the Marlborough School in Los Angeles.”

The statement added that, at the time of her death, McHenry was “working on packaging and development of several well-regarded film and TV projects. She was also interviewing for several West Coast Media jobs having returned to LA in February from working in NYC for several years and preparing her applications for a business school MBA Program.”

The statement further said that McHenry was a volunteer for the Obama campaign, “working on the LA fundraising staff and organizing various campaign events.”

McHenry, a Stanford University graduate, was the daughter of producer-director Doug McHenry, whose credits include “New Jack City,” “The Brothers” and “Jason’s Lyric.” She is also survived by her mother Jennifer, a stylist whose clients include Oprah Winfrey, and her sister Maya, who also appeared on “EJNYC.”

“EJNYC,” which aired for one season in 2016, centered on E.J. Johnson, the son of basketball great Earvin “Magic” Johnson. A cast description for the series says that Johnson “calls Lyric his ‘best friend.'”

A spokesperson for the NYPD told TheWrap on Tuesday that, at approximately 5 a.m., police “encountered a 26-year-old female, unconscious and unresponsive, lying on the sidewalk in the vicinity of Undercliff Avenue and Boscobel Place, within the confines of the 44 Precinct. There were no obvious signs of trauma observed.”

The police spokesperson added, “EMS responded to the location and transported the aided female to Bronx Lebanon Hospital, where she was pronounced deceased. The Medical Examiner will determine the cause of death. The investigation remains ongoing.”

At the time, police had not released the decedent’s identity, pending family notification.

A funeral service for McHenry will be held in Los Angeles “at a date to be determined,” the family statement said.

The New York Daily News reported that McHenry was “20 weeks pregnant,” and wasn’t wearing pants when she was found, “although she was wearing underwear..”

The NYPD spokesman made no mention of pregnancy, McHenry’s state of dress or cocaine when contacted by TheWrap.