Macro, the black creator-focused production studio led by former WME agent Charles King, announced on Wednesday it is launching a new initiative, The Macro Episodic Lab, designed to help discover and advance the work of writers of color in TV.

The studio is partnering with Franklin Leonard’s The Black List, Eva Longoria’s company UnbeliEVAable, and “Master of None” writer and actor Lena Waithe to help get the new project off the ground.

“We are elated to partner with Franklin Leonard of The Black List, Lena and Eva to further our mission of bolstering fresh voices of color,” said Macro CEO King and Chief Content Officer of its digital studio Aaliyah Williams in statement. “They are all leaders of the current shift towards equitable representation and we are thrilled to join forces as Macro continues to produce and champion work that is rooted in authenticity, creativity and excellence.”

The lab is meant to give writers of color the opportunity to develop and produce an original digital or television pilot script, and to provide industry support for writers from a wide range of backgrounds who typically do not have access to the traditional Hollywood system.

Since launching in 2015, Macro has helped produce four feature films, including the upcoming “Sorry to Bother You,” starring “Atlanta” breakout Lakeith Stanfield.

“I am a longtime fan of everyone involved in this process, from Charles D. King and Aaliyah Williams at Macro to Lena Waithe and Eva Longoria, whose commitment to replicating their success for others speaks for itself at this point,” Leonard said in a statement. “It is a true joy to partner with them in a process that will identify the next generation of Lenas, Evas, Charleses, and Aaliyahs.  I look forward to sitting back on my couch in the not too distant future and enjoying the episodic fruits of their labor.”

Also Read: Stefani Robinson on Being the Only Female Writer on 'Atlanta': 'It's Really Bittersweet'

The new venture comes as Hollywood has more publicly struggled recently with inclusion in writers’ rooms, behind the camera, and in board rooms.

Last November, a study conducted by UCLA Dean of Social Sciences Darnell Hunt, in conjunction with nonprofit civil-rights advocacy organization Color of Change, found that of the more than 1,600 episodes of TV shows analyzed, two-thirds had no black writers at all, while 17% had just one black writer. 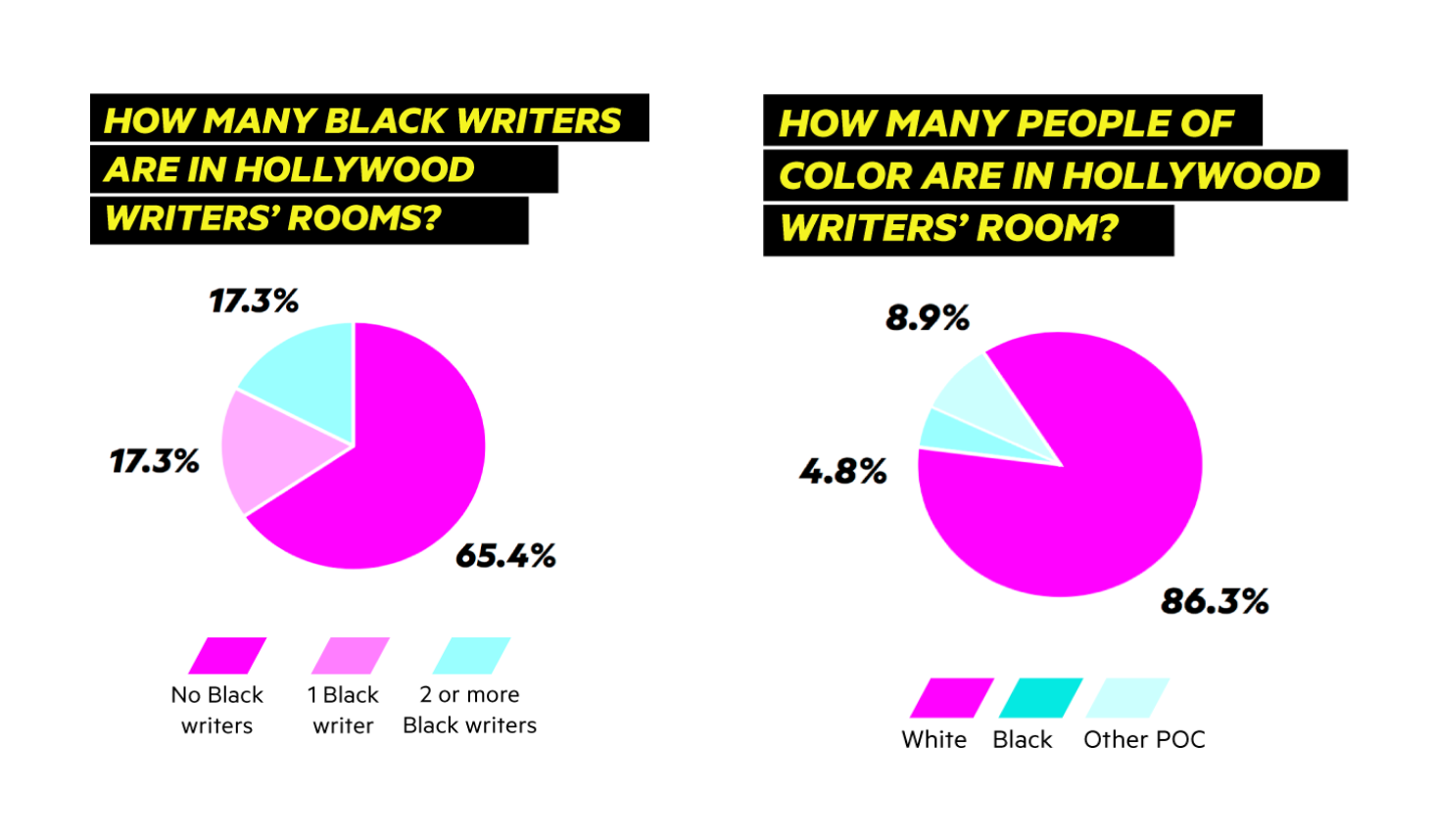 “UnbeliEVAable’s mandate and mission has always been to nurture and foster diverse voices so, when Macro and The Black List presented us with the opportunity to participate in the episodic lab, we knew this was the perfect partnership,” Longoria said in a statement. “Discovering emerging voices is one of the most thrilling parts of producing and we can’t wait to bring these stories to screen alongside Lena and the team.”

The Macro Episodic Lab will take applications from writers of color who have fresh and culturally relevant concepts that push boundaries and challenge ideas, Macro said. The deadline is Aug. 6.

Macro and the Black List team will review the submissions and semi-finalists will have the opportunity to pitch their projects to a group of representatives from Macro, The Black List, Waithe and Longoria. Up to three winners will receive development support and a pilot presentation or sizzle at a budget of up to $30,000 each.

“I’m super excited to find some fresh new voices,” Waithe said in a statement. The writer, last year, became the first African-American woman to win an Emmy for comedy writing for her work on Netflix’s “Master of None.” “By working with MACRO and The Black List it’s a great way for me to find scripts that otherwise wouldn’t reach my desk.”