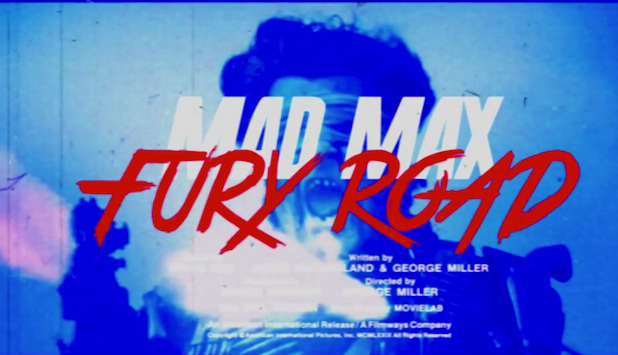 The Playback Collective has released a grindhouse-style trailer for George Miller‘s “Mad Max: Fury Road” that features hallmarks of all the great ’80s action movies.

The retro trailer opens with old logos for Warner Bros. and the Cannon Group before a sick synth score plays over grainy, desaturated footage from “Fury Road,” which still looks good even with an ’80s makeover.

The Playback Collective uses “Vengeance” by Power Glove to hammer home the unique feel. Expect the song to get a bump on the iTunes charts after this video.

“Mad Max: Fury Road” finds Tom Hardy taking over the title role from Mel Gibson. Charlize Theron co-stars as the bad-ass Imperator Furiosa, who only needs one hand to be awesome, while Nicholas Hoult’s war boy Nux is also a key character. There’s no shortage of visual fireworks, so be prepared for a non-stop thrill ride.

Watch the fun alternate trailer below and let us know if you’d like to see more movies reimagined like this.