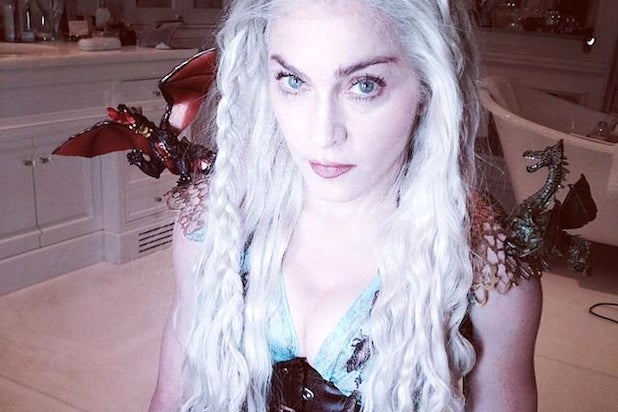 Madonna celebrated Jewish traditions and the upcoming season of “Game of Thrones” all at once on Sunday.

“Happy Purim!!!!! All Hail All Queens! ##certainty,” Madonna wrote on Facebook along with the photo of her with long wavy white-blond hair and wearing Daenerys’ battle costume.

From the Biblical Book of Esther, Purim commemorates the deliverance of the Jewish people in the ancient Persian Empire where a plot had been formed to destroy them. In the story, Mordecai and his cousin and adopted daughter Esther, the Queen of Persia, foiled the plan. Purim is celebrated annually to celebrate the victory.

Although Madonna was raised Catholic, she converted to the mystical Jewish belief system Kabbalah in 1997. Further connecting her to the Jewish holiday of Purim, the pop singer’s Hebrew name is Esther like the Biblical book the story originated from.

See the full photo below.