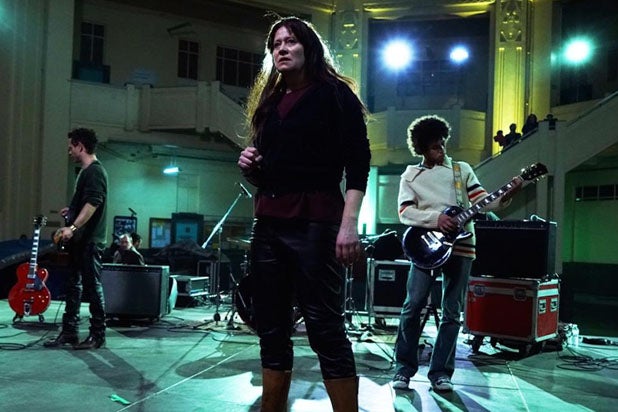 Magnolia Pictures has picked up U.S. rights to Susanna Nicchiarelli’s “Nico, 1998,” the distributor announced on Wednesday. The film is a look at the last two years of the Velvet Underground singer and actress’s life. Financial terms were not disclosed.

Danish actress, singer and songwriter Trine Dyrholm plays Nico during singer and former Warhol superstar’s last hurrah during the final two years of her life, 1987 and 1988, when her new manager convinces her to go on tour and promote her new album. Nico is also looking to reconnect with her son.

“Nico, 1988” won Best Film in Horizon section at this year’s Venice Film Festival. Magnolia is planning for a 2018 theatrical release.

Nicchiarelli wrote and directed the movie, which is an I Wonder Pictures release of a Vivo film with Rai Cinema and Tarantula production in coproduction with VOO and BE TV. Marta Donzelli, Gregorio Paonessa, Joseph Rouschop and Valérie Bournonville produced, while the executive producer is Alessio Lazzareschi.

“Susanna Nicchiarelli has conjured up a beautifully filmed window into the world of Nico that rings truer than any documentary could,” Magnolia President Eamonn Bowles said in a statement. “It would not have been possible without the daring, transcendent performance by Trine Dyrholm as the reluctant, deeply flawed icon.”

“I am so excited that my film will be seen by an American audience, and I am really proud that ‘Nico, 1988’ has been acquired by such a highly regarded, tasteful distribution company,” Nicchiarelli said in the statement. “Magnolia has handled some of my favorite films. I trust that my unconventional look at the last years of Nico, a European, will be appreciated in the United States, the very place that discovered the original Nico and made her a star.”