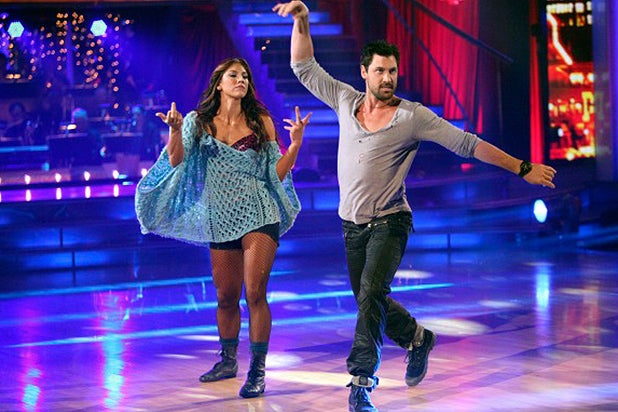 Former “Dancing With the Stars” pro Maksim Chmerkovskiy had harsh words for his ex-dance partner Hope Solo, describing her as a “sh–ty person” in an interview Tuesday.

When asked on the “Allegedly with Theo Von & Matthew Cole Weiss” podcast to play of “f–k, marry, kill” about his former dance partners, Chmerkovskiy chose the U.S. national soccer star as the one he would kill.

“I would probably marry … somebody like, Misty May-Treanor was awesome. And she’s an amazing chick,” he said. “And I would definitely kill Hope Solo.

Solo paired with Maks on Season 13 of “Dancing With the Stars,” which premiered in September 2011. They went on to become the ninth couple eliminated on Nov. 15 in the semifinal round.

The dance partners ended their onscreen collaboration on very bad terms, with Solo accusing him of slapping her in the face during rehearsals.

“He manhandled me in rehearsals from the start, pushing me, whacking my stomach, bending my arms roughly,” Solo wrote in her 2012 autobiography “Solo: A Memoir of Hope.” “One day, Maks was trying to put me in a certain position and hit my stomach so hard with his open palm that I had a red handprint there for the rest of the day.”

Solo herself is no stranger to assault allegations, having been arrested for allegedly assaulting her half-sister and nephew in 2014. However, on Jan. 13, 2015, a judge dismissed the charges against the soccer player based on a lack of cooperation from both alleged victims.

Chmerkovskiy retired from “DWTS” in 2014, and while he returned as a guest judge on Monday’s episode, he told podcast hosts Theo Von and Matthew Cole Weiss that he would never go back for good, claiming he was heavily censored while on the show. “I’m not coming back,” he said.

As for brother Val who still stars as a pro on the ABC competition contest, “that’s his problem” he added.