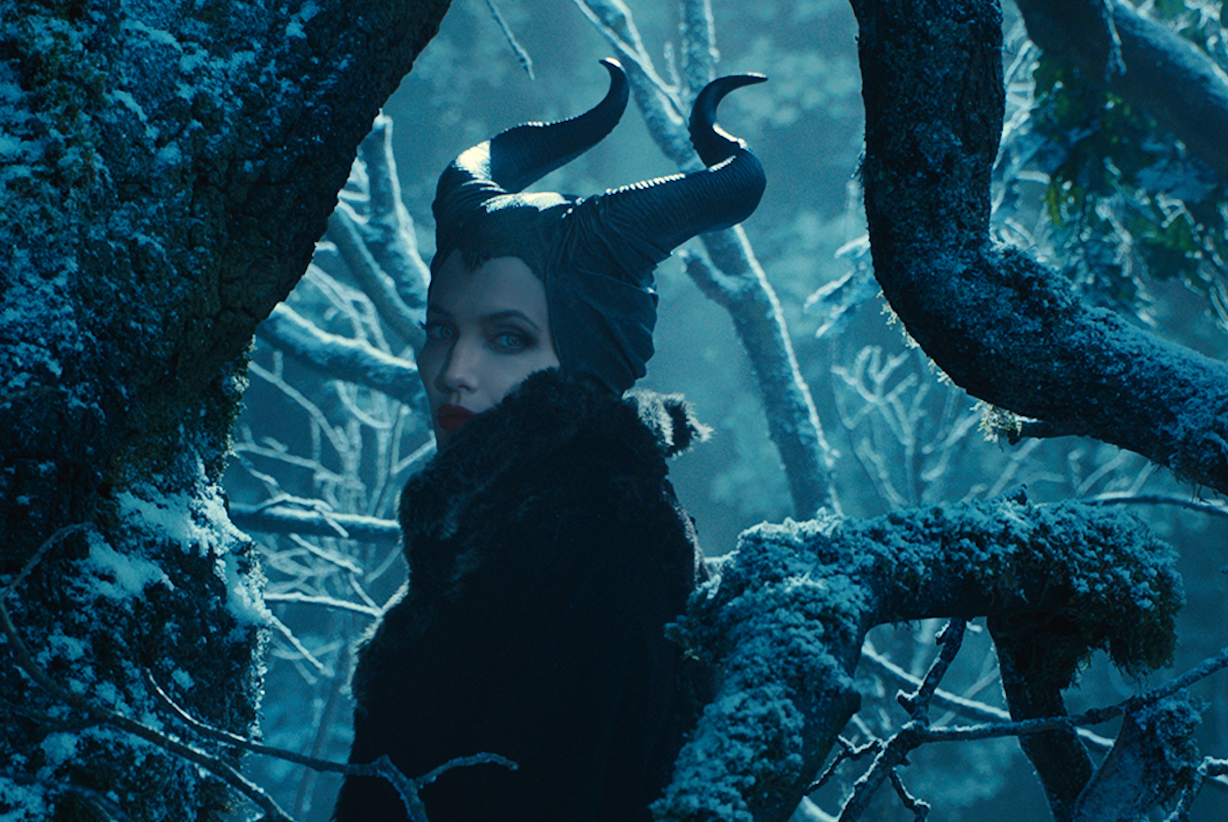 Steer clear of those spinning wheel spindles, because “Maleficent” is back.

The iconic villainess of Disney’s 1959 animated film classic is being given flesh and blood in the form of Angelina Jolie. A new teaser for the big-budget fantasy debuted on Wednesday, and it gives Jolie a grand and very menacing entrance, as she steps out of the shadows to warn viewers to be afraid. Very afraid.

The film is an origins story, that shows how Maleficent transformed from a beautiful, pure-hearted young woman into a stone-hearted sorceress and recounts her struggles with the young Aurora (Elle Fanning.