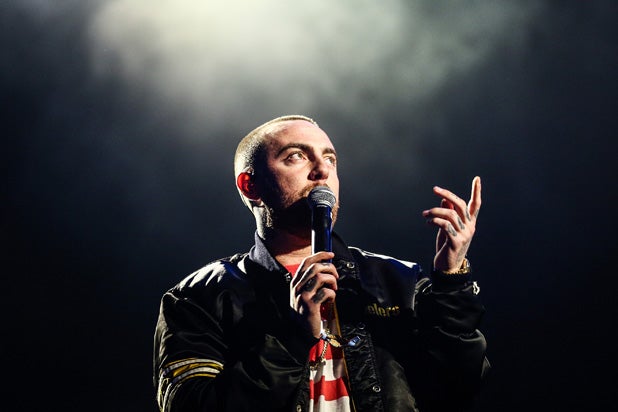 A Hollywood Hills man was charged in connection to the death of rapper Mac Miller by federal prosecutors on Wednesday. Authorities say that Cameron James Petit supplied Miller with deadly, fentanyl-laced pills that directly contributed to his death.

The 42-page criminal complaint filed in the Central District of California says that Pettit, 28, supplied Miller with counterfeit oxycodone pills containing fentanyl. According to documents obtained by TheWrap, Miller asked Petit for “percs,” an abbreviation for Percocet, a prescription painkiller containing oxycodone.

Miller — born Malcolm James McCormick – was found unresponsive in his Studio City home in September 2018. His death was later ruled an accidental overdose from alcohol, cocaine and fentanyl.

According to the charging documents, authorities served search warrants at multiple locations while investigating Miller’s death and found a plastic bag containing pills that investigators say were supplied by a prostitute and a madam. Prosecutors also say that Pettit gave Miller the counterfeit pills two days earlier, and they contained fentanyl, cocaine and Xanax.

Prosecutors also say that Pettit directly commented on Miller’s death shortly afterward on Instagram, telling friends that he probably shouldn’t post anything as a reaction “just to be smart.” Prosecutors say that he later wrote, “I am not great … Most likely I will die in jail” when someone asked how he was doing after Miller’s death.

The criminal complaint says that Pettit was one of three people who supplied Miller with the counterfeit drugs. So far, there’s no information on the identities of the others or if they’ve been charged yet.

Petit was arrested Wednesday morning by special agents with the Drug Enforcement Administration’s Fusion Task Force. He is expected to make his initial appearance this afternoon in United States District Court in downtown Los Angeles. If convicted of the drug trafficking charge alleged in the complaint, authorities say Pettit would face a statutory maximum sentence of 20 years in federal prison.