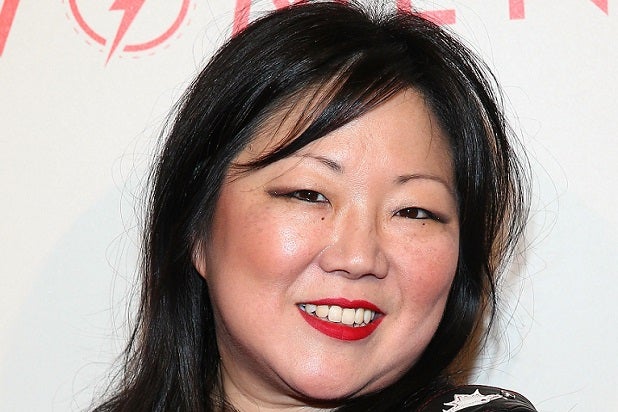 Margaret Cho is cracking open — or at least linking to — the Good Book in support of Planned Parenthood.

The comedian fired up her Twitter account early Saturday to highlight a Bible passage that she said provides a how-to guide to performing an abortion.

“Here’s Old Testament teachings on how to perform abortion http://biblehub.com/numbers/5.htm  – The bible wants you to know how!” Cho wrote, adding the hashtag “StandWithPP.”

See video: 'The View's' Whoopi Goldberg Blasts Planned Parenthood Foes: 'Get Out of My Vagina!'

The link leads to a Bible Hub page that contains passages from Numbers 5. One passage describes how, if a man suspects that his wife has been unfaithful, he should bring her to a priest to be tested.

The test entails giving the woman tainted “bitter water” to drink — which, if she has been unfaithful, “brings a curse and causes bitter suffering, it will enter her, her abdomen will swell and her womb will miscarry, and she will become a curse.”

Cho later turned her Twitter attention to Donald Trump, opining that the GOP presidential candidate seems to want to engage in sexual relations with one of his children.

“Trump acts like he wants to fuck his own daughter. Who does he think he is? Woody Allen?” the comedian asked.

Hopefully there’s some kind of test for that in the Bible too.

Here’s Old Testament teachings on how to perform abortion http://t.co/1z1TXiaWZ7 – The bible wants you to know how! #IStandWithPP

Trump acts like he wants to fuck his own daughter. Who does he think he is? Woody Allen? — Margaret Cho (@margaretcho) October 3, 2015