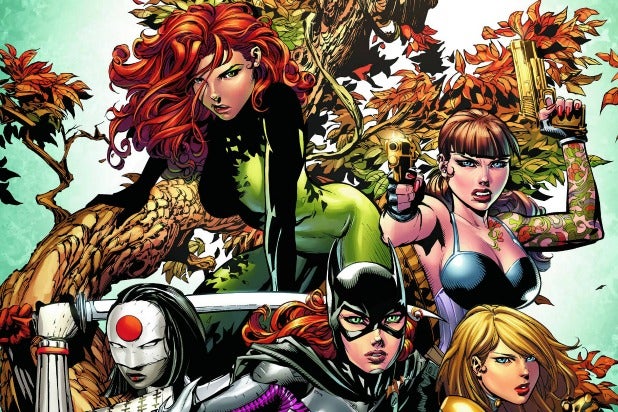 California’s Film & TV Tax Credit Program 2.0 has chosen its first round of films that will receive $52.2 million in tax credits, including Margot Robbie’s “Birds of Prey,” which is set to receive $12.6 million for filming in California.

In total, 19 films (11 non-independents and eight independents) were selected, which will generate an estimated $258.2 million in qualified expenditures, meaning wages to below-the-line workers and payment for equipment and vendors. Combined, the films will spend 602 shoot days across the state and will employ 869 cast, 2,357 crew and 23,000 extras.

Universal’s “Covers” will receive $6.5 million in tax credits, while Tooley Productions’ “Flying Horse” is set to receive $5 million. Warner Bros.’ “The Has Been” will also receive $4.8 million. “Cry, Baby,” “Blackbird,” “The Hunt” and Fox’s “Rent — Live” were also chosen to receive tax credits.

Warner Bros.’ “Birds of Prey” is looking to spend nearly $63 million on qualified expenditures in the state. Robbie will produce “Birds of Prey” and reprise her “Suicide Squad” character, Harley Quinn. The film is centered around a revolving group of female heroes and villains. “Birds of Prey” will be produced by Kroll & Co Entertainment’s Sue Kroll and Clubhouse Pictures’ Bryan Unkeless, as well as Robbie. Cathy Yan will direct.

If you think $12.6 million in tax credits for the Robbie movie is a big number, just know Disney’s “A Wrinkle in Time” earned $18.1 million under the state’s incentives program in 2016.  And “Transformers” spinoff “Bumblebee,” due in theaters this Christmas, received the highest tax credit to date under the program with $22 million.

“We are excited to be awarded an incentive from the California Film & TV Tax Credit Program, which will allow us to produce ‘Birds of Prey’ in the Golden State,” said Warner Bros. Pictures SVP of Physical Production Kelley Smith-Wait. “The project will have a large footprint and create hundreds of new jobs for women and men in our industry.”

Stone also added that Program 2.0 includes a five percent tax credit uplift for projects that perform original photography outside L.A.’s 30-Mile-Zone. Six projects, including “Bunker,” “Covers” and “The Hunt,” plan to shoot outside of that zone.