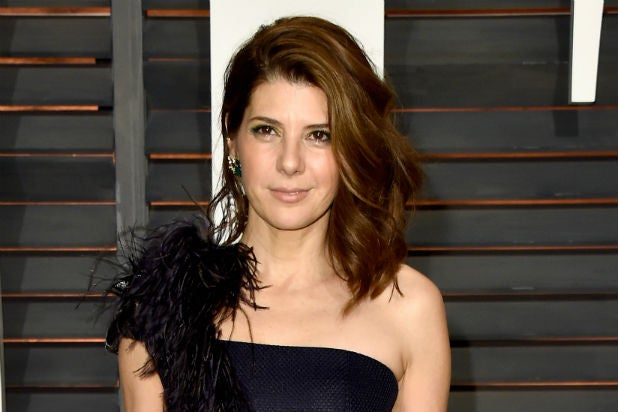 Tomei and Plummer play a mother and son who must forge into uncharted territory in order to move on with their lives in the aftermath of tragedy.

Mary Pat Bentel, who previously collaborated with Leonard on “The Lie,” is producing “Behold My Heart” along with David Hansen and Johnny Mac of Autumn Productions and Marcus Cox and Karrie Cox of Through Films, as well as Tomei and her Bella Vida Productions banner.

“Behold My Heart” will be executive produced by Heywood Wilansky, Hao Pham-Wilansky and Justin Williams, while CAA will represent the film’s North American distribution rights.

Leonard’s experience behind the camera includes co-directing the art-centric doc “Beautiful Losers” (SXSW 2008) and directing “The Lie,” which debuted at Sundance in 2011. He also directed the short film, “The Youth in Us” (Sundance 2005) and music videos for many popular bands, such as Morcheeba, Harper Simon, and Fitz and the Tantrums.

“We’ve had the great fortune to assemble a team of wildly talented people to help make this film. Having the opportunity to tell such a personal story in such an uncompromised manner makes me feel like I won the damn lottery,” said Leonard, who once starred in “The Blair Witch Project.”

Leonard is also currently in development on “Liberty,” a television series for Epix. He created the show and is currently writing the pilot with Eric Escobar. Leonard and Escobar will executive produce alongside Cary Fukunaga (“True Detective”), with Fukunaga directing the first two episodes.