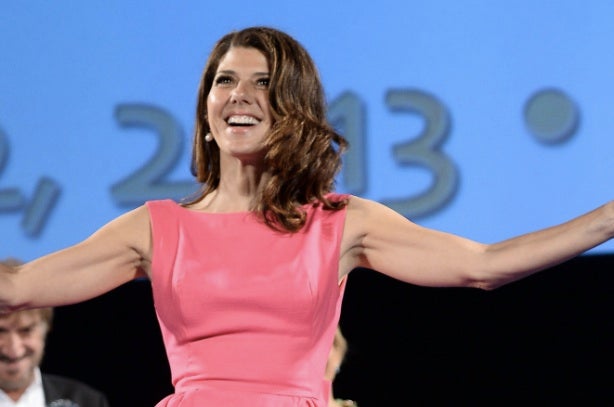 The stars will come out when “The Realistic Joneses” hits Broadway next spring.

The production will be directed by Sam Gold (“Picnic”), and hits Broadway after a critically acclaimed run last year at the Yale Repertory Theatre. Letts, who is an accomplished actor and won a Tony last spring for his work in “Who’s Afraid of Virginia Woolf,” is the only cast-member who was featured in that production.

Though the play deals with people grappling with illness, Eno was hailed for his mordant wit. Writing in the New York Times, Charles Isherwood called it “tender, funny, terrific.”

Although best known for TV,  Hall has appeared on Broadway in “Cabaret” as the Emcee. Likewise Collette appeared in the musical “The Wild Party,”earning a Tony nod for her effort, and Tomei has crossed Broadway stages in shows like “Salome” and “Top Girls.”

Rehearsals will begin in January, with previews in February and an opening scheduled for late March.