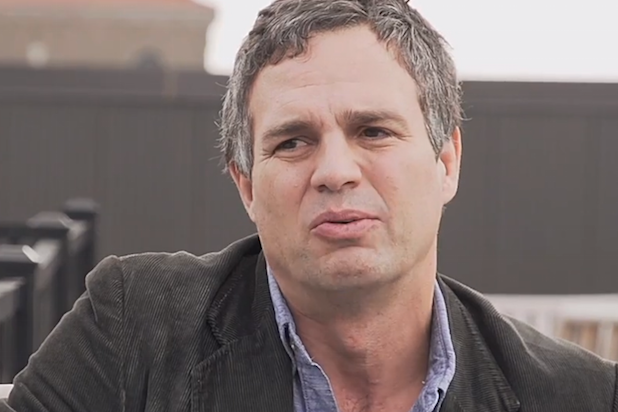 Mark Ruffalo came out swinging for a woman’s right to choose on Wednesday by recounting his mother’s struggle to obtain an abortion when the procedure was still illegal.

“The Avengers” star released a video tied to the 41th anniversary of Roe v. Wade, the Supreme Court decision that recognized a constitutional right to abortion, in which he admits that he was initially hesitant about getting involved in something that he believed was a woman’s issue.

That changed after he remembered his mother telling him about her difficulties finding medical aid to end an unwanted pregnancy when she was younger.

“For my teenage self it was very startling that people would have to search out doctors at night miles and miles and miles away from their home in a closed down doctor’s office or motel room,” Ruffalo said in the video, which was produced by the Center for Reproductive Rights. “I couldn’t believe it and I was appalled by it and I saw the pain that it caused my mother.”

In the video, he argues that as a parent, the issue continues to touch his life.

“I can’t stand aside with two beautiful young girls of my own and accept that we’re going to return to those days,” Ruffalo said.

Last summer, the actor shared his mother’s experience in a speech he sent to an abortion rights rally in Mississippi to protest attempts by its legislature to close abortion clinics, according to Jezebel.  The Center for Reproductive Rights enlisted Ruffalo as part of a new series of public service announcements to raise awareness about the hundreds of state-level attempts to limit access through legislation to abortion and other reproductive services.

“It becomes kind of a moral issue about who you are, you know, and how you view the women in your life,” Ruffalo said in the video. “There’s a common sense and a wisdom and a decency in women that needs to be upheld and doesn’t warrant being pushed back 30 years into the whole nightmare that brought about the abortion rights movement.”