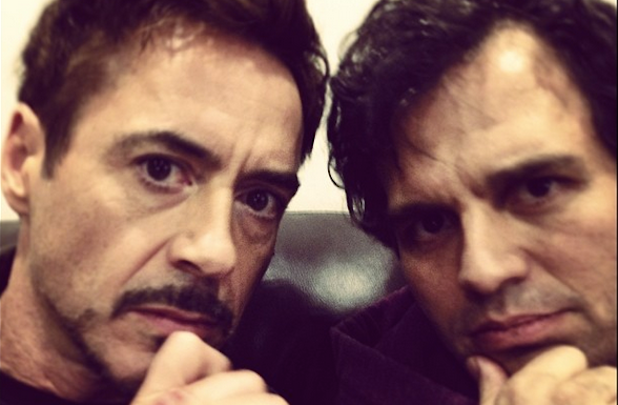 The Avengers have assembled once again.

After shooting scenes with portions of the cast in various locales such as South Korea, the whole team of superheroes is now back together for production on the sequel to their 2012 blockbuster.

Mark Ruffalo snapped a few shots of the situation at Pinewood Studios, including a shot of Scarlett Johansson being appropriately mysterious as Black Widow — is she boxing in this new film? — and a selfie with science partner and yin to his yang, Robert Downey Jr.

Ruffalo seems to have gotten into a little bit of hot water with Marvel for sharing these photos; soon after posting the initial pics, he tweeted, “I’m sorry @marvel. I will be better. I’m like your black sheep Avenger” and then went back to his usual steady stream of environmental tweets.