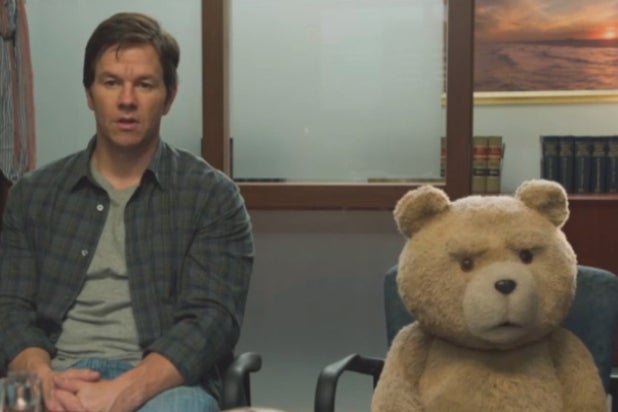 Mark Wahlberg‘s John Bennett and his stuffed teddy bear Ted (voiced by Seth MacFarlane) could totally be lawyers — or so the stoners say.

In a clip from the upcoming semi-CGI comedy sequel, the two seek legal advice from Samantha Jackson (Amanda Seyfried), which they ruin and run with instead of absorbing. While trying to prep the fur ball for the witness stand, Jackson tests him: “Ted, do you consider yourself to be human?”

In response, the duo just rattles off a bunch of generally attorney terminology, such as “objection,” “sidebar” and even just “briefcase.” The dialogue also included several attempts that were definitely not accurate, like Ted’s exclamation to “Stop beavering the witness!”

Cue a falsely confident high five between the Thunder Buddies.

The below scene debuted Friday night as part of MTV Movie Awards Takeover Week. Each night until the 2015 MTV Movie Awards, the cable channel is featuring on-air takeovers by actors including Melissa McCarthy, Mark Wahlberg, Chris Pratt, Dwayne Johnson and Jason Statham, along with sneak peeks from summer films.