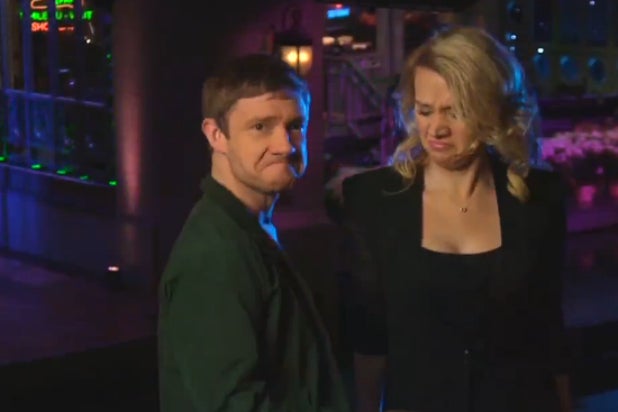 For a serious dramatic actor, Martin Freeman sure spent quite a bit of time trying to grope Kate McKinnon in this week’s “Saturday Night Live” promos.

The “Fargo” and “Sherlock” star showed range in the NBC commercial clips: dancing, sipping tea, correctly accusing McKinnon of a little racism, and later, chasing her around in a super-grabby manner while “Benny Hill” music played over the footage.

At one point in the “SNL” promos, McKinnon and Freeman take turns trying on his magic disappearing ring from “The Hobbit” movies. She does it for fun, he does it to get away from gushing fanboy Jay Pharoah.

Charlie XCX will serve as Freeman’s musical guest on Saturday.