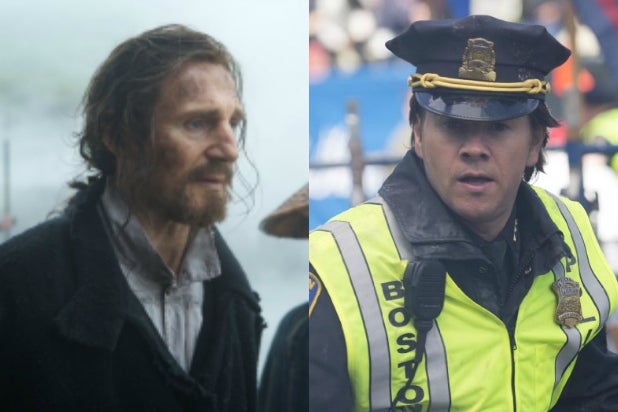 Martin Scorsese’s period drama “Silence” leads the four-day indie box office with $131,000 from four theaters for the weekend’s top per screen average of $32,750.

Peter Berg’s drama “Patriots Day,” starring Mark Wahlberg, earned the No. 2 spot for the four-day holiday with a per screen average of $23,044 from seven locations for a total of $161,306.

Paramount’s critically acclaimed drama “Hidden Figures” wasn’t far behind, posting an impressive $20,620 per screen for a total of $515,499 from 25 locations.

All three films have received high marks from critics and awards season buzz.

Ben Affleck wrote, directed and stars in Warner Bros. crime drama “Live by Night,” which earned $33,000 from four theaters, representing a per screen average of $8,250.

Also Read: China Box Office Should Still Pass US Within 5 Years Despite Slump

Focus Features’ PG-13 fantasy drama “A Monster Calls,” also featuring Neeson, made only $30,910 from four locations for an average of $7,728 per theater.