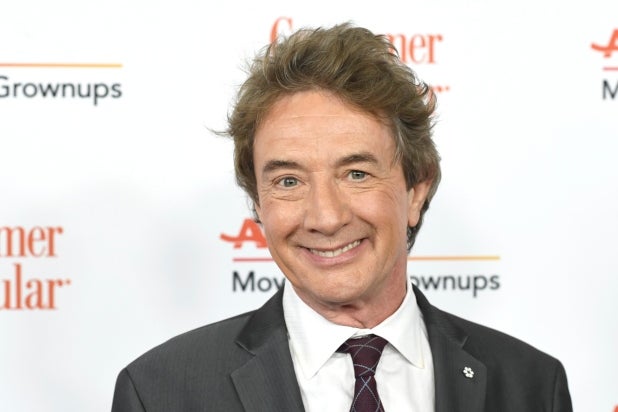 Martin Short has joined the cast of “Good People,” the Amazon comedy pilot from Lee Daniels and Whitney Cummings.

He joins recently cast Greg Kinnear and Lisa Kudrow, as well as Cummings, who will star, direct and co-write. Per Amazon, the half-hour comedy follows three generations of women working in the Ombudsman’s office of a college and navigating “the current cultural climate, the concept of feminism across different generations, and the struggle to reconcile socially constructed ideas with current ethical views regarding complex issues such as sex, race, class and gender.”

Short will play Dean Ed Brown, who is described as “the self-satisfied Dean of Sacramento University who has no concept of what’s appropriate. He is of the ‘old guard’ in terms of how he sees the world, and his casual sexism causes constant problems for the Ombudsman’s office.”

Short won his first Emmy in 1982 while working on Canada’s “SCTV,” which led to him being cast on “Saturday Night Live” in 1984. He soon became a fan-favorite for characters like Ed Grimley, lawyer Nathan Thurm and “legendary songwriter” Irving Cohen. He’s known for films including “Father of the Bride,” “Three Amigos,” “Pure Luck” “Inherent Vice” and “Santa Clause 3: The Escape Clause.” Short also won a Tony for his stage role in the revival of “Little Me.” His upcoming projects include providing the voice of the father in the animated movie “The Willoughbys.”