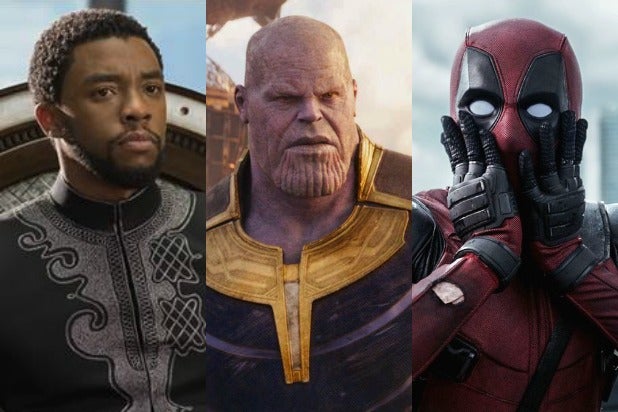 Though “Deadpool 2” comes from a different studio and takes a much gorier approach to superhero films, audiences still can’t get enough of Marvel. “Black Panther” smashed pre-summer records in mid-February, and “Avengers: Infinity War” is on the verge of becoming the first summer film to gross $2 billion worldwide.

“Deadpool 2,” meanwhile, is proving to be nearly as successful as its 2016 predecessor, defying the box office limitations that come with an R rating. With $254 million grossed domestically so far, the sequel passed “Logan” this weekend and is on pace to join the first “Deadpool,” “American Sniper” and “The Passion of the Christ” as the only R-rated films to make over $350 million in North America.

It’s unlikely that Marvel will hold this podium sweep to the end of the year, as Universal’s “Jurassic World: Fallen Kingdom” is expected to bring in more than “Deadpool 2” when it hits theaters later this month. But combined, the three Marvel titles have grossed a whopping $3.9 billion worldwide this year.

And that figure could be pushed even further when the last Marvel film of the year, “Ant-Man and The Wasp,” opens on July 6.