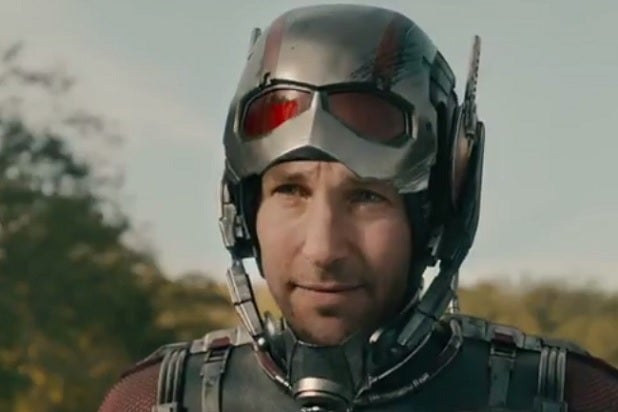 Marvel has resolved the writing credits for its summer tentpole “Ant-Man” following a dispute that was determined by arbitration.

The “Ant-Man” screenplay will be credited to Edgar Wright & Joe Cornish and Adam McKay & Paul Rudd, while story credit has been assigned solely to Wright & Cornish.

Wright was initially slated to direct “Ant-Man,” but he left the project due to creative differences and was replaced by Peyton Reed.

Also Read: Joss Whedon Says Edgar Wright's 'Ant-Man' Was 'The Best Script that Marvel Had Ever Had'

Marvel courted Adam McKay to direct but he was too busy with producing commitments to take the job, though he did agree to rewrite the script with star Paul Rudd.

While Wright and Marvel ultimately had different visions for “Ant-Man,” the film still features much of the work he did, as Reed used the storyboards that were created under Wright’s watch. Those involved in the Writers Guild arbitration clearly felt the same way, giving Wright and Cornish sole story credit for laying the foundation of the comic book movie.

“Ant-Man” stars Rudd as master thief Scott Lang, who is armed with the astonishing ability to shrink in scale but increase in strength. He must embrace his inner-hero and help his mentor, Dr. Hank Pym (Michael Douglas), protect the secret behind his spectacular Ant-Man suit from a new generation of towering threats. Against seemingly insurmountable obstacles, Pym and Lang must plan and pull off a heist that will save the world.

Watch the latest trailer for the pint-sized superhero film below.