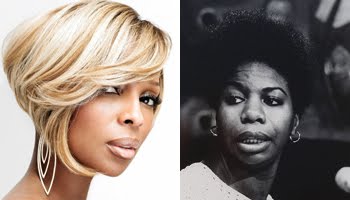 Mary J. Blige is getting ready to put a spell on you, as the Queen of Hip Hop Soul has officially signed on to play Nina Simone, The High Priestess of Soul, in the long-gestating biopic "Nina," reports Variety.

"The Brave One" screenwriter Cynthia Mort will write and make her directorial debut with the film, which will apparently take place during the later stage of the legendary singer’s life and focus on Simone’s relationship with her assistant Clifton Henderson (David Oyelowo). In addition to suffering from bipolar disorder, the jazz icon was also a notable civil rights activist.

I’m not sure whether Blige has the acting skills necessary to portray Simone but she deserves the benefit of the doubt for now, and it certainly helps that she’s a Grammy Award-winning musician herself. Blige has some television experience and recently appeared in Tyler Perry’s "I Can Do Bad All by Myself."

Ealing Studios will finance and produce the $10 million movie, which is scheduled to begin production this September in France.