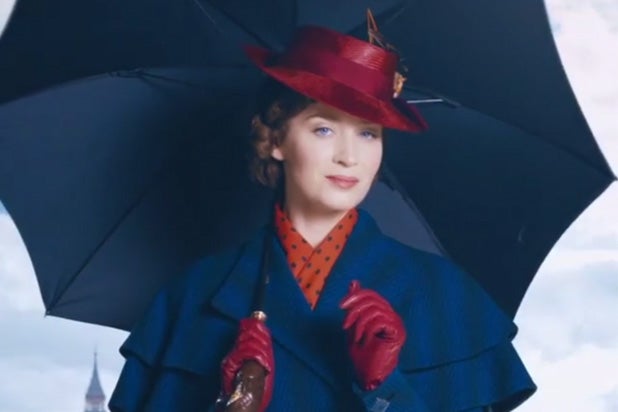 The first trailer for Disney’s “Mary Poppins Returns” dropped Sunday night during the Oscars. Mainly featuring a floating kite against a gloomy London backdrop, we get a glimpse of Lin-Manuel Miranda and, at the end, the first look at Emily Blunt in the role made famous by Julie Andrews. Also, a mirror reflection that acts independently. Watch it below.

Taking place 25 years after the first film, “Mary Poppins Returns” sees the titular nanny (Emily Blunt) return to pay a visit to the now grown up Jane and Michael Banks (Emily Mortimer and Ben Whishaw), the latter of whom has three children, Annabelle, Georgie, and John.

But, the Banks household is far different than when Mary left. It’s 1935, the peak of the Great Depression, and multiple tragedies have struck the family and left them without joy. It’s up to Mary to help guide them to brighter days once again with another round of magic and music.