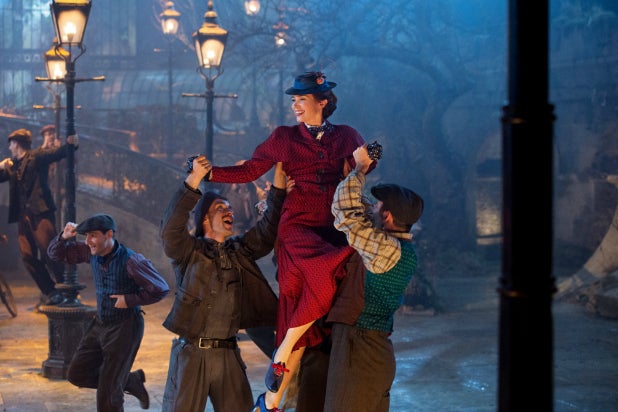 Stars Emily Blunt, Pixie Davies, Nathanael Salah and Joel Dawson are expected to accept the award at the festival, which will be hosted by Mary Hart and Entertainment Tonight. The award will be presented to the cast by the film’s director Rob Marshall.

Academy Award-winner “Argo” and Academy Award nominees “American Hustle,” “The Big Short,” and “The Social Network” are past honorees of the ensemble award.

“Mary Poppins Returns” is an original musical from director Marshall, which continues the story of the practically-perfect nanny and the Banks family. In the film, Jane (Emily Mortimer) and Michael Banks (Ben Whishaw) have grown up, Michael has three children of his own, and his wife has recently passed away. Blunt stars as Mary Poppins, who returns to help the grieving Banks family move past their terrible loss and find the joy and wonder missing from their lives. Miranda plays Mary’s friend Jack, an optimistic street lamplighter who helps bring light — and life — to the streets of London.

The follow-up to the 1964 classic starring Julie Andrews and Dick Van Dyke has also been nominated for four Golden Globes and nine Critics Choice Awards.

From a snarky editorial assistant to the Iconic magical nanny, Emily Blunt has quite the reel