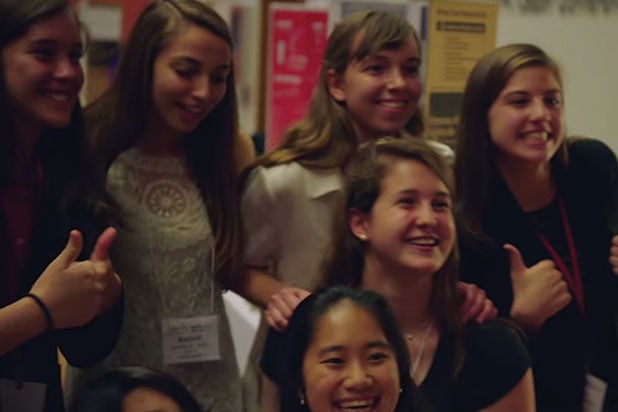 Mashable and FilmBuff are partnering to distribute and promote the documentary “CodeGirl,” written and directed by Lesley Chilcott, on Mashable and the social news site’s AppleTV app.

“CodeGirl” chronicles teams of high school girls around the world who try to improve their communities through technology as they compete in the International Technovation Challenge. The winning teams received $10,000 to release their apps.

Chilcott is best known for producing “An Inconvenient Truth” and “Waiting for ‘Superman,'” and for directing “A Small Section of the World.”

“Mashable is proud to be partnering with FilmBuff to distribute and promote our first full length feature film, and we couldn’t think of a more fitting project to do that with than CodeGirl,” said Adam Ostrow, Chief Strategy Officer. “The story is a significant one for our audience and our industry … We believe delivering premium long form video content on over the top platforms like Apple TV represents an important part to our distribution strategy going forward.”

In addition to the distribution of the film, Mashable will create original video and other content to promote the documentary and its subject matter which will live across all of Mashable’s platforms that have garnered over 26 million followers.

The partnership will begin on Jan. 6. The film can currently be found on www.codegirlmovie.com.

FilmBuff is a distribution company, which was founded in 2007 and introduces audiences to independent films, such as the Oscar-nominated “Exit Through the Gift Shop” and Sundance Audience Award winner “Senna.”