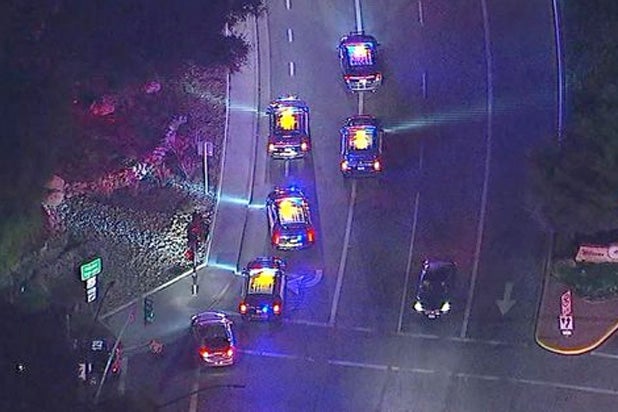 Long, 28, was a resident of Newbury Park, about five miles away from Thousand Oaks, Dean said.

Ventura County sheriff’s deputy Ron Helus was among the victims at the Borderline Bar & Grill, Dean continued, adding that the shooter, whose motives have not been disclosed, was also killed in the “horrific” incident.

“It’s a horrific scene in there, there is blood everywhere and the suspect is part of that, and I didn’t want to get that close and disturb the scene and possibly disturb the investigation,” he said.

Witnesses told CNN that the shooter, wearing a black trench coat and eyeglasses, used a short-barreled handgun to shoot a security guard outside the nightclub and barge his way into the venue before opening fire on those inside.

The bar, a popular gathering place for students from nearby California Lutheran University and Pepperdine University, was hosting a college country night between 9 p.m. and 2 a.m. on Wednesday night, according to its website.

Long used a smoke device and a .45-caliber handgun during the attack, a law enforcement official told the Associated Press.

Sgt. Ron Helus, who had been on the force for 29 years, was one of the first officers to respond to the 911 call and was shot by the gunman as he entered the Borderline.

“He was totally committed, he gave his all and tonight, as I told his wife, he died a hero,” Dean told reporters at the scene, adding that Helus intended to retire in the “next year or so.”

“He went into save lives, to save other people,” Dean said.

President Trump offered his thoughts on the shooting in an early-morning tweet. “God bless all of the victims and families of the victims,” he wrote. “Thank you to Law Enforcement.”

I have been fully briefed on the terrible shooting in California. Law Enforcement and First Responders, together with the FBI, are on scene. 13 people, at this time, have been reported dead. Likewise, the shooter is dead, along with the first police officer to enter the bar….

….Great bravery shown by police. California Highway Patrol was on scene within 3 minutes, with first officer to enter shot numerous times. That Sheriff’s Sergeant died in the hospital. God bless all of the victims and families of the victims. Thank you to Law Enforcement.