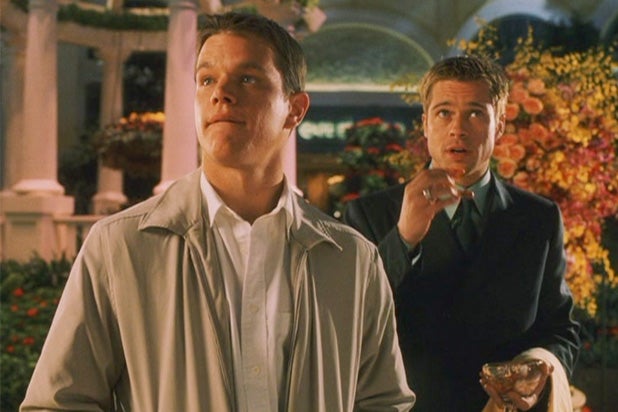 Matt Damon revealed he might make a cameo in the upcoming “Ocean’s 11” spinoff, “Ocean’s 8,” starring a powerful female cast that includes Sarah Paulson and Sandra Bullock.

“I think I’m doing a little bit in the movie, and I haven’t read it yet but the cast is phenomenal and I’m excited to see what those women do with it,” the actor told Entertainment Tonight. “It’ll be fun.”

This summer, Ross described the film as a continuation of director Steven Soderbergh‘s “Ocean’s 11” trilogy, which starred George Clooney, Brad Pitt, Don Cheadle and Julia Roberts (who is quite friendly with Blanchett, so let’s start speculating about other cameos now). Damon starred as Linus Caldwell, one of the newcomers in the group and the son of a legendary con artist.