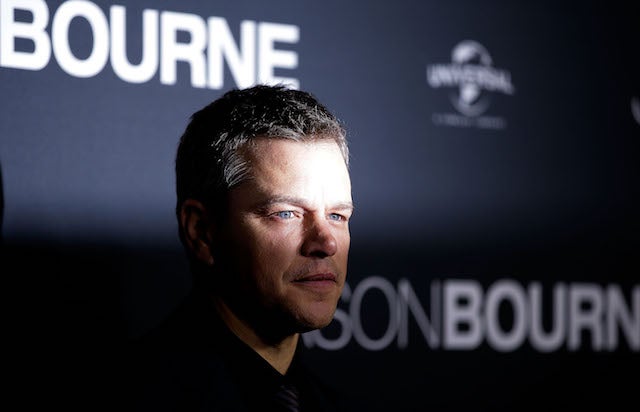 Matt Damon wishes America’s gun laws could be as “sensible” as Australia’s.

The actor, who returns to the “Bourne” action franchise when “Jason Bourne” hits theaters on July 29, told Stuff that Australia’s gun control laws are “wonderful” — but he doubts the U.S. will follow suit any time soon.

“It’s wonderful what Australia did because you guys haven’t had a mass shooting since you went, ‘No, we’re going to be sensible about this.’ And nobody’s rights have been infringed, you guys are fine,” Damon said. “I wish we could be sensible like that but I don’t think that’s going to happen in my lifetime.”

Guns aren’t banned in the Land Down Under, they’re just harder to obtain. Australian residents need to prove a genuine reason for wanting to own a gun, such as being a hunter, a member of a target shooting club or a collector. Firearm safety training courses are mandatory, as are 30-day waiting periods for all gun license applications. Pistol sales require a police background check.

“You guys did it here in one fell swoop and I wish that could happen in my country, but it’s such a personal issue for people that we cannot talk about it sensibly. We just can’t,” Damon said. “People get so emotional that even when you make a suggestion about not selling AK-47s to people on terror watch lists, that’s a non-starter. I don’t know what needs to happen.”

Mass shootings, Damon said, “aren’t going to do it.”

“There have been so many of them at this point. Sandy Hook, when those children were murdered, if that didn’t do it, you know, I just don’t know,” he added. “Maybe we just need to evolve further before we can have that conversation, I don’t know.”

Watch the interview below. The topic of gun control begins at about the 2 minute mark.