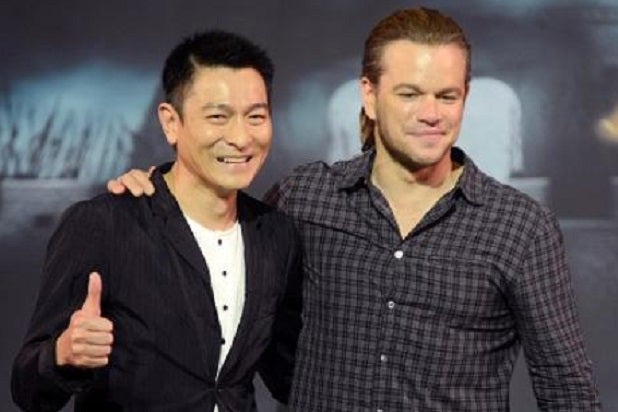 Zhang Yimou is directing the film, which stars Matt Damon, Pedro Pascal and Willem Dafoe, as well as Tian Jing and Andy Lau.

The film follows an elite force making a valiant stand for humanity on the world’s most iconic structure.

“The Great Wall” is the largest film ever shot in entirely in China, and serves as Yimou’s English-language debut.

The new release date means “The Great Wall” will now square off against Sony’s “Bad Boys 3” and 20th Century Fox’s “Maze Runner: The Death Cure.” It was originally slated to compete against Disney’s “Moana,” “Bad Santa 2” and a Robert Zemeckis movie starring Brad Pitt, not to mention the second weekend of the “Harry Potter” spinoff “Fantastic Beasts and Where to Find Them.”