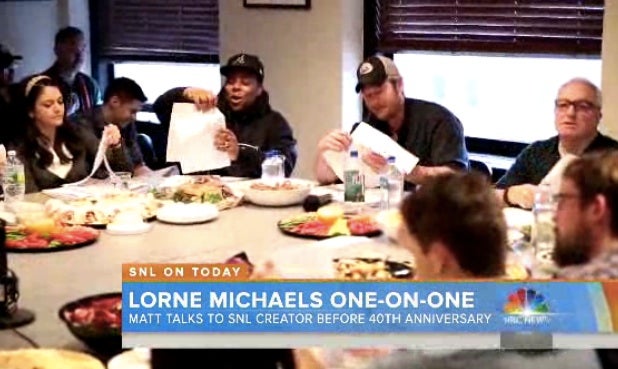 Ahead of the 40th anniversary of “Saturday Night Live,” Matt Lauer spoke to the show’s creator Lorne Michaels Friday.

Michaels took Lauer behind the scenes as the cast of the show prepares throughout the week.

“The show stands on their shoulders [the original cast]; them and the designers, the musicians, every aspect of the taste of the show came from seriously creative people,” Michaels said.

Michaels noted he has to work hard to not forget the reason he’s there: “You can get lost in detail and then you go, ‘oh right, that’s the reason we’re all here, we’re going to make people laugh, and that generally starts with you laughing yourself.”