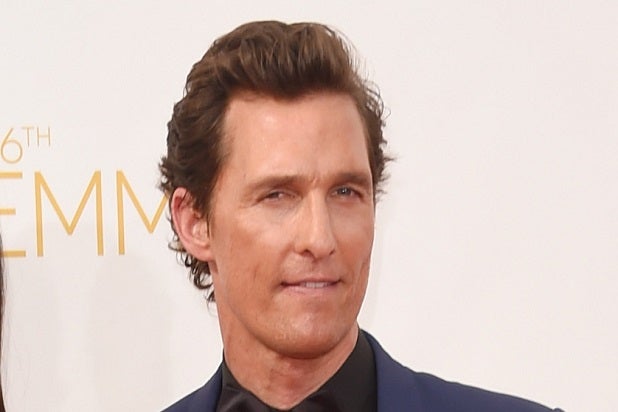 “Religion actually means, if you look up the Latin root, ‘re’ which means again, and ‘ligare,’ which means to bind together. It means exactly the opposite of what and how we are often practicing it these days,” McConaughey told The Daily Beast.

He continued: “All of this, the abolition of slavery in the Civil War at this time, they were almost all led by religious movements — Christian movements — that were trumping the ideals that everyone else had. They went further into it and said, ‘No, this is not right — because of the Bible.'”

McConaughey is promoting his new film, the Civil War biopic “Free State of Jones,” and says playing controversial farmer, Confederate deserter and militant Southern Unionist Newton Knight has motivated him to look at things differently. Knight fled the Confederacy because he wanted to fight for something he believed in.

“Knight had a moral code rooted in the Bible and the Declaration of Independence: love thy neighbor as thyself, and all men are created equal,” McConaughey said. “So he had a very radical relationship with his own independence, and interdependence — which is very American. Extremely American … He was not a ‘turn the other cheek’ New Testament guy.”

McConaughey seems to truly admire the man he portrayed in the film.

“One of the things I noticed about him was if he saw something that was wrong or unjust, he really had no way to ignore it. It was not in his DNA to ignore it, damned be the consequences. He didn’t lose sleep over any decisions he made,” he says.